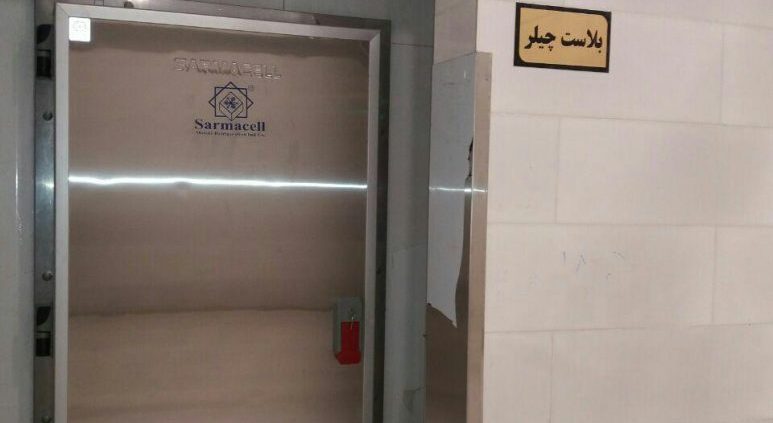 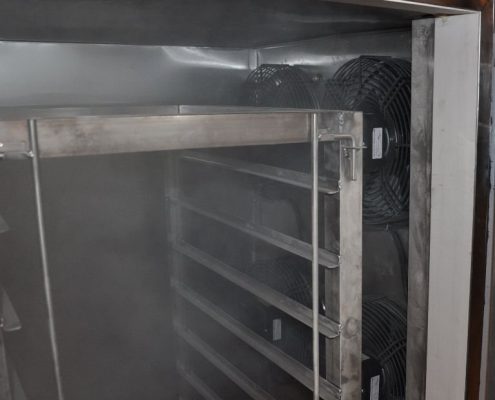 A blast freezer is a freezer which is extremely cold. It may also be known as a shock freezer. Such freezers are intended to rapidly bring the temperature of foods down, freezing them extremely quickly. These specialized freezers are used in the frozen food industry for everything from ice cream to television dinners, and they are also utilized in some commercial kitchens for specialty tasks

When food is frozen, the water inside it crystallizes. If freezing takes place at relatively warm temperatures, the ice crystals which form will be large. In a blast freezer, the extremely cold temperature promotes very rapid freezing, which creates small ice crystals. The smaller the crystals, the less damage to the food, as large crystals can rupture cells. Once the food has been frozen, it can be moved to a more conventional freezer for storage, as long as the freezer stays cold enough to keep the food frozen

Many blast freezers operate with blowers which force chilled air over the food in the freezer to cool it down rapidly. Others may operate differently, depending on the design. These freezers can be equipped with movable trays for positioning foods, and they may also include an assortment of compartments for freezing. The freezer can usually handle foods which are chilled, at room temperature, or hot, as long as it is not overloaded; too high a volume of hot food, for example, can cause the temperature in the blast freezer to rise